Harvard GSD Core III: Integrate
Architectural Design
2020.9 - 2020.12
Instructor: Jon Lott
Individual Work
Introduction
I was tasked with proposing a new headquarters design for the Municipal Arts Society (MAS) in New York, a public advocacy organization fighting for a livable city through policy, planning, and public education. From the more recent initiative of privately owned public parks to the consolidation of the subway lines back in early 1900s, the MAS has been a leading contributing force behind New York City’s urban identity.

As the studio title “Integrate” suggests, the design should consider the building as a complex negotiation of systems, which include conceptual clarity, functional demands, contextual presence, structural workings, and code. It is also worth highlighting the larger role the building plays in the fabric and history of Washington Square Park and New York City.

Contextual Research
From the collectively produced contextual research, an aspect that prompted me to explore further are the notion of publicness of the site in relation to the history of Washington Square Park. As shown in the excerpt from the research below, the park has had a strong presence in the class and racial tensions throughout US history and has been a center for activism, free expression, and art. This legacy has expanded the notion of its publicness from infrastructure to a cultural identity. 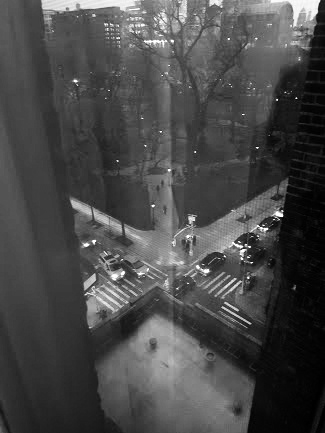 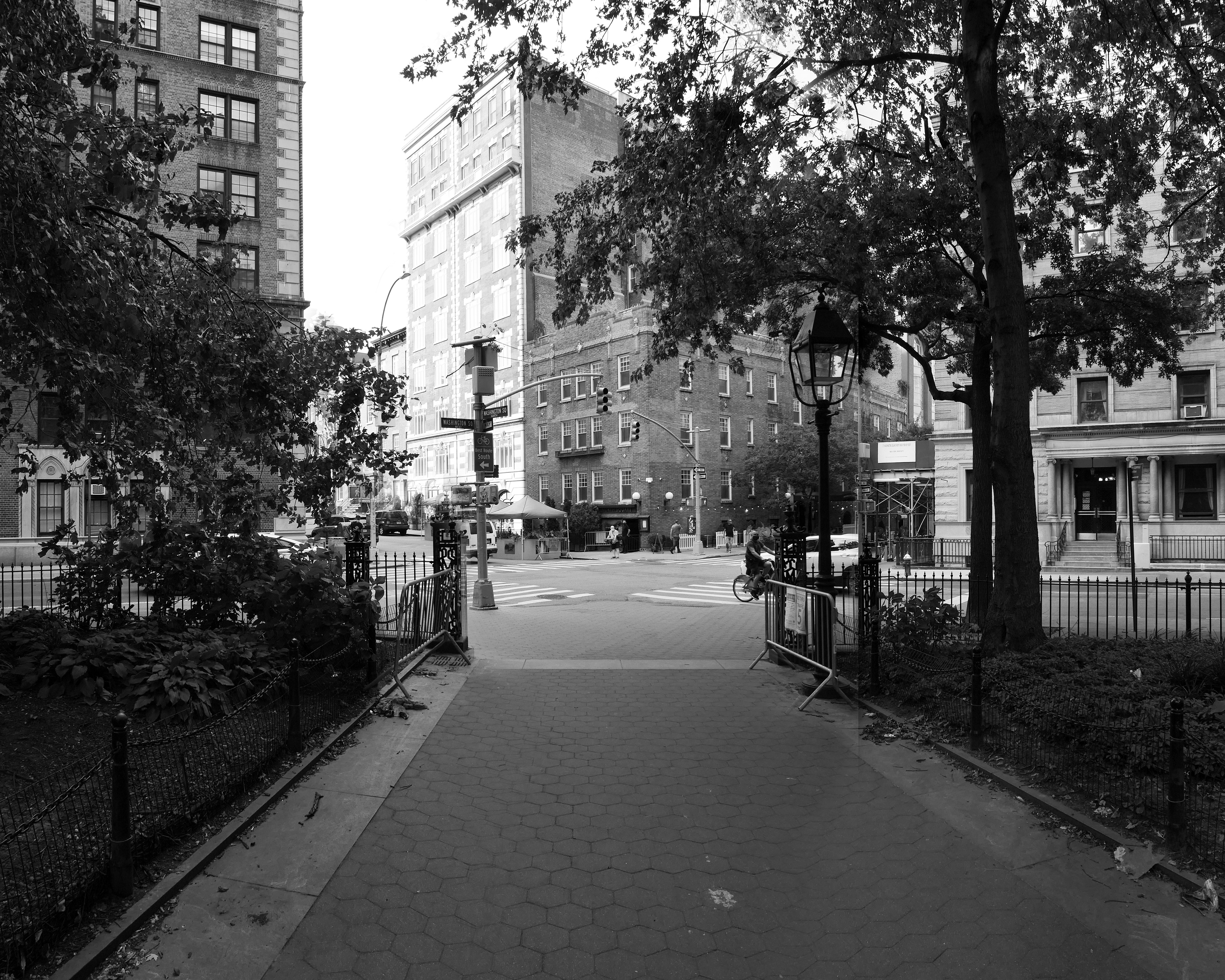 The charged relationship between the site and the park is illustrated by these two found photos, where the privileged view from the hotel is contrasted with the collective views from the park entrance. My project seeks to respond to the charged perspectives at the corner and break up the strict private public boundary. Specifically, as shown in the provocation collage, the privileged view from the hotel is broken into multiple perspectives indicating disjointed spaces that reside in-between private and public zones.

Program Concept
Public programs are oriented toward the corner and situated in spaces with blurred interior-exterior boundaries. More private spaces like offices are in the enclosed space, or the figural “frame” corresponding to the provocation collage. 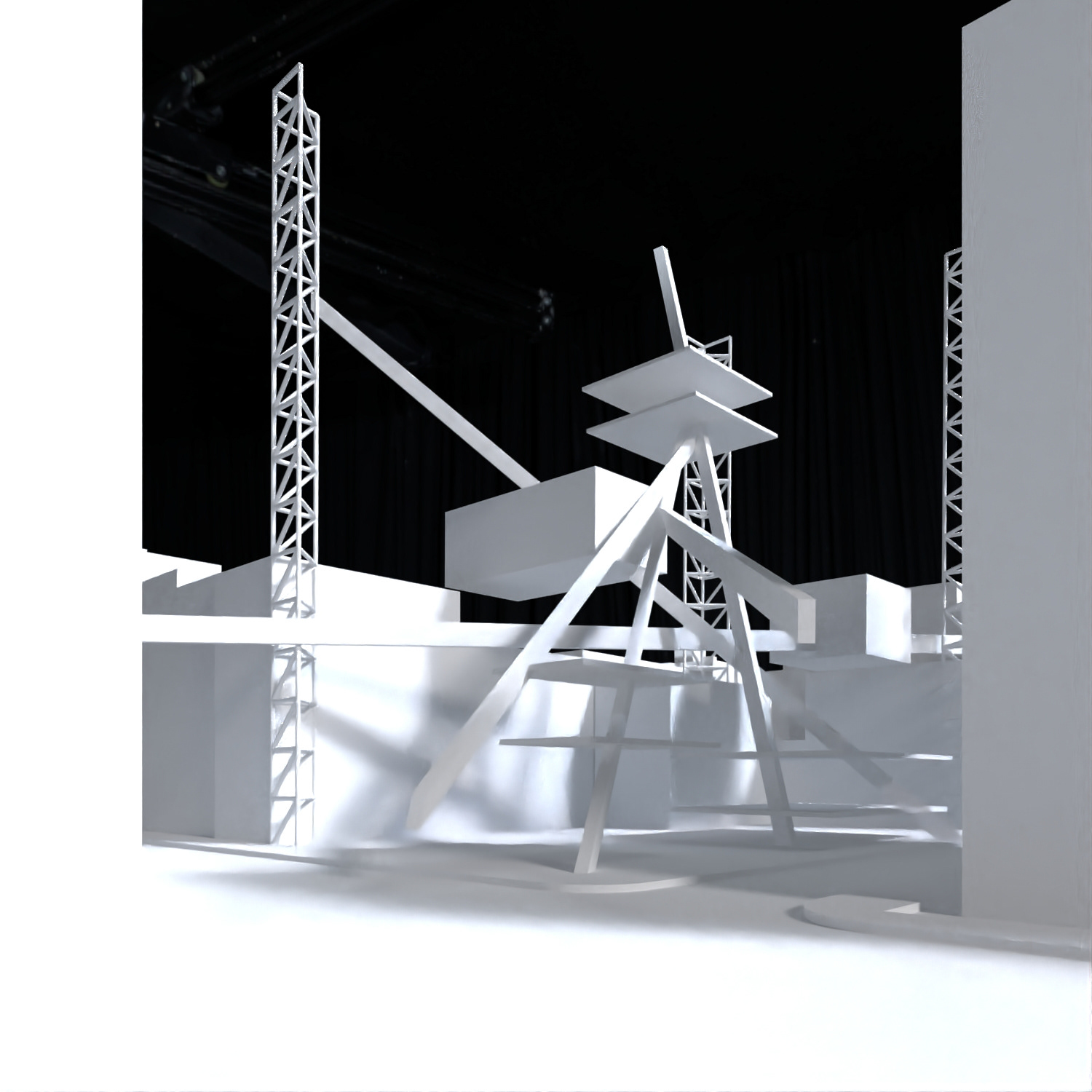 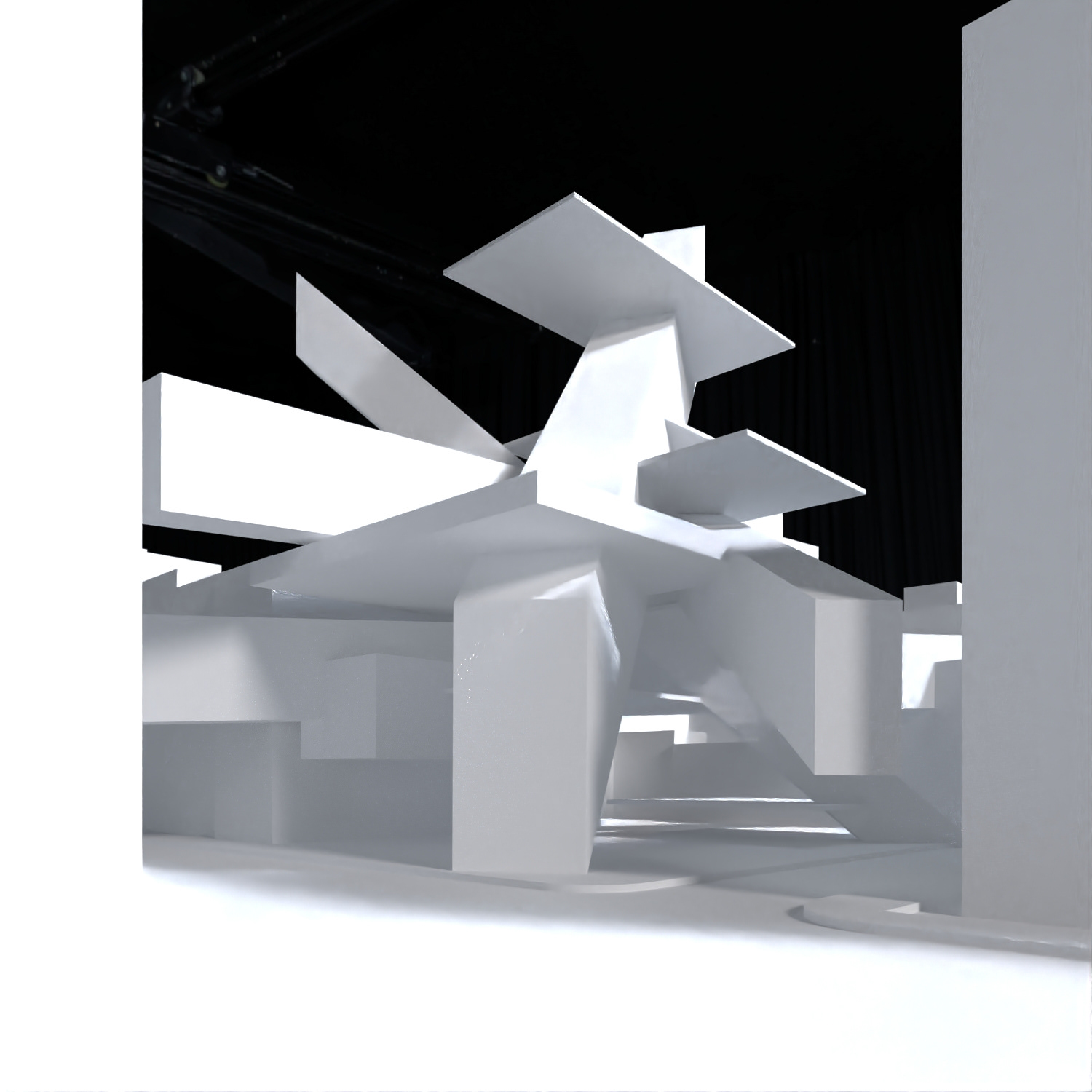 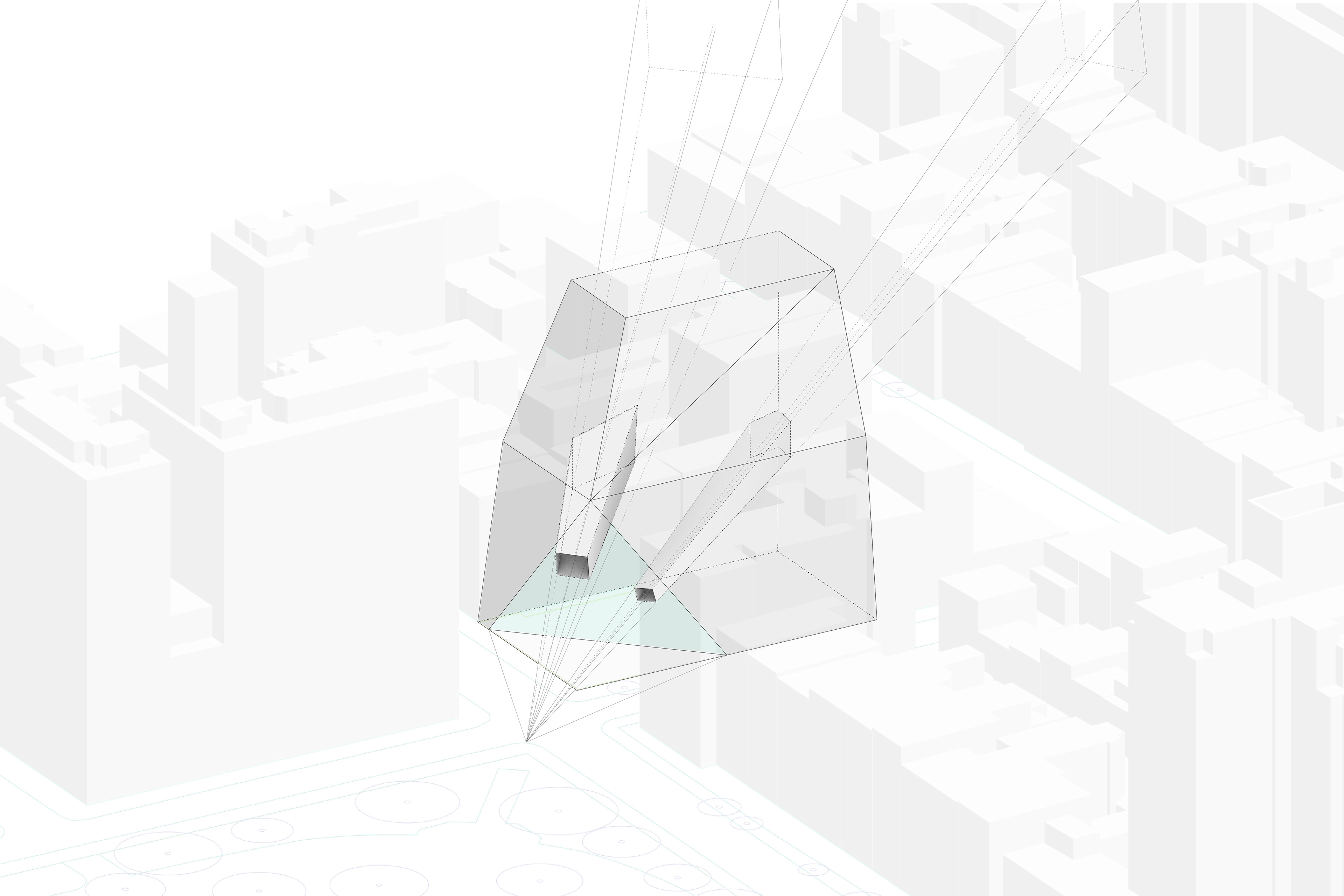 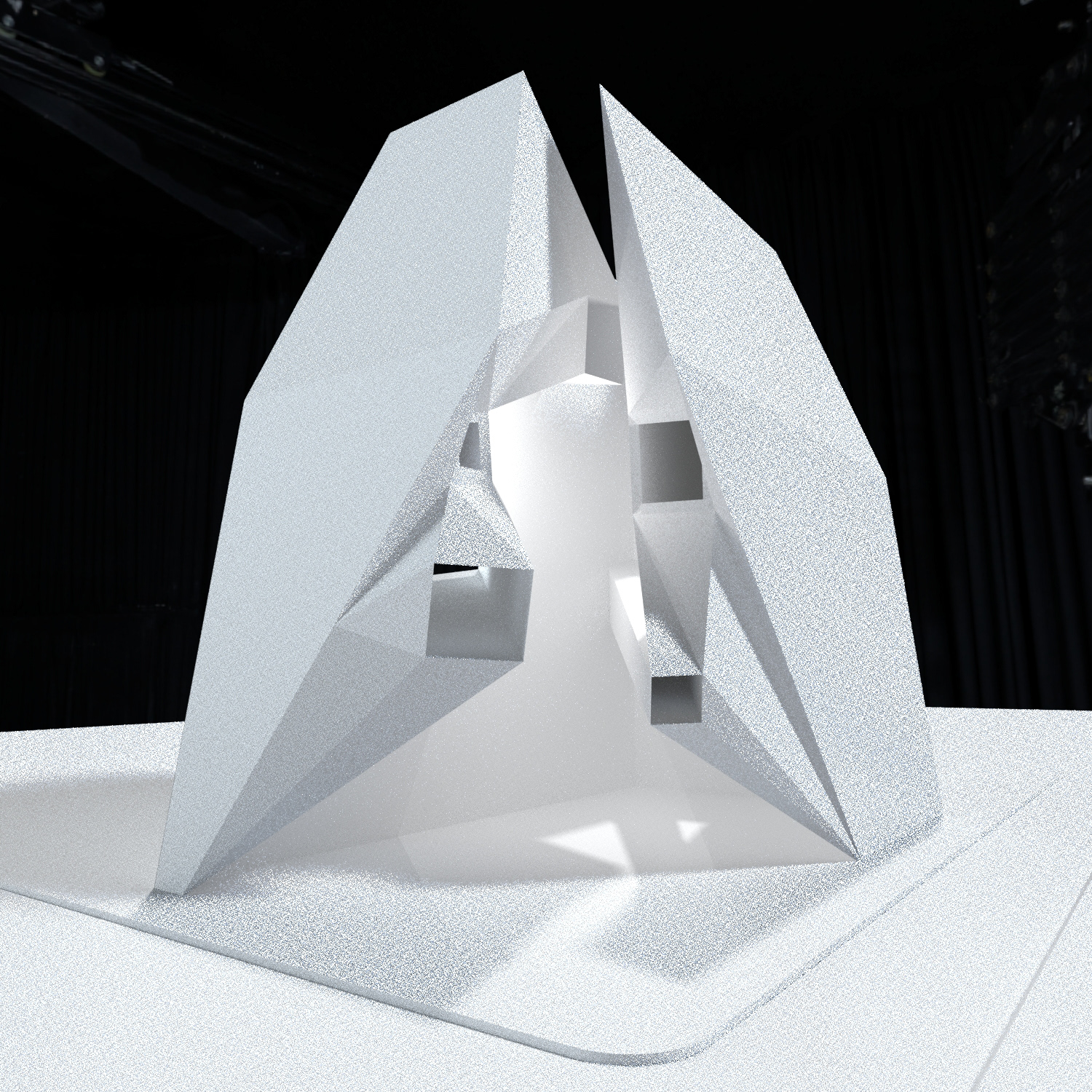 Attempt were made at combining the two into shard-program components where spaces looking at the site is intertwined with tunnels spatializing the views from the park. 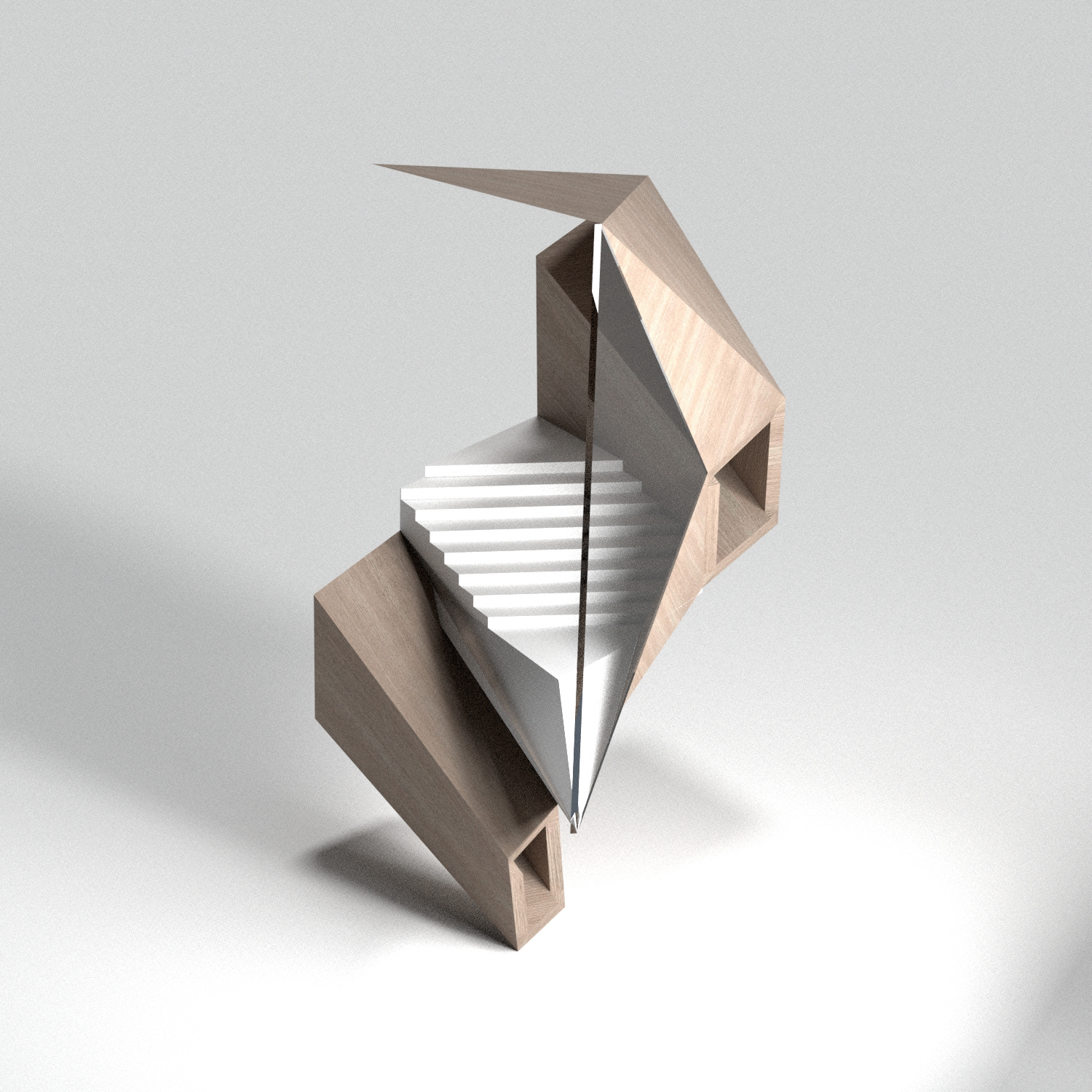 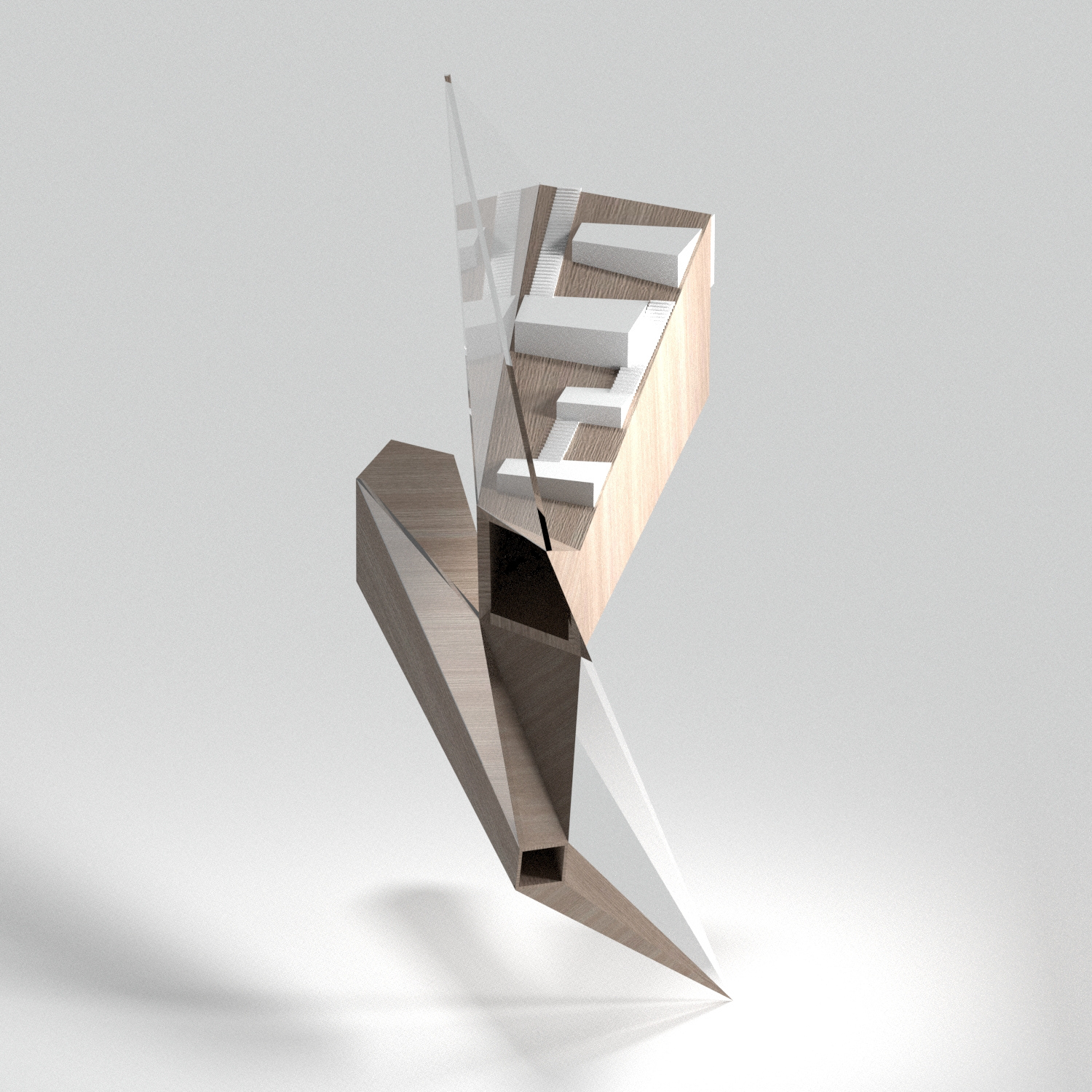 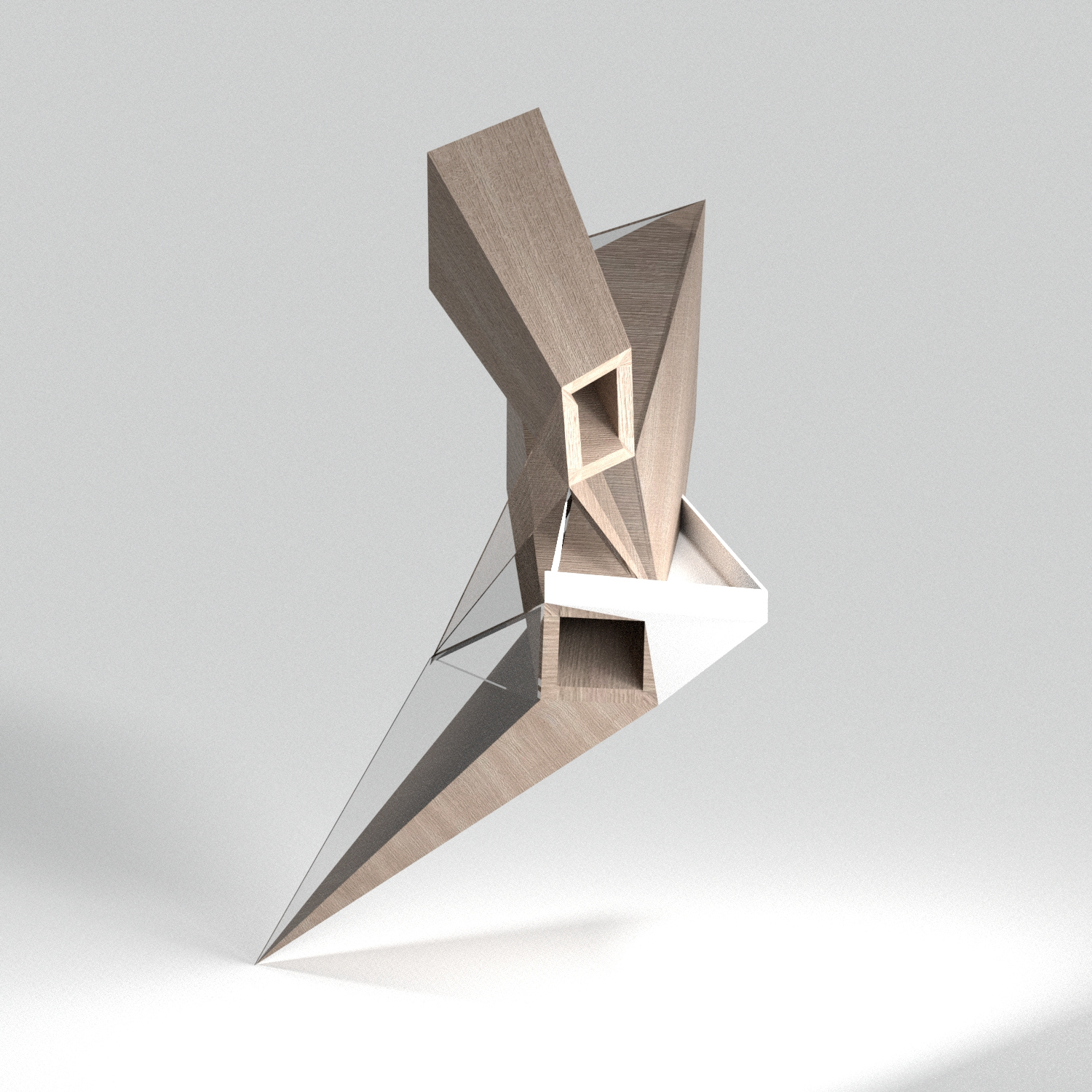 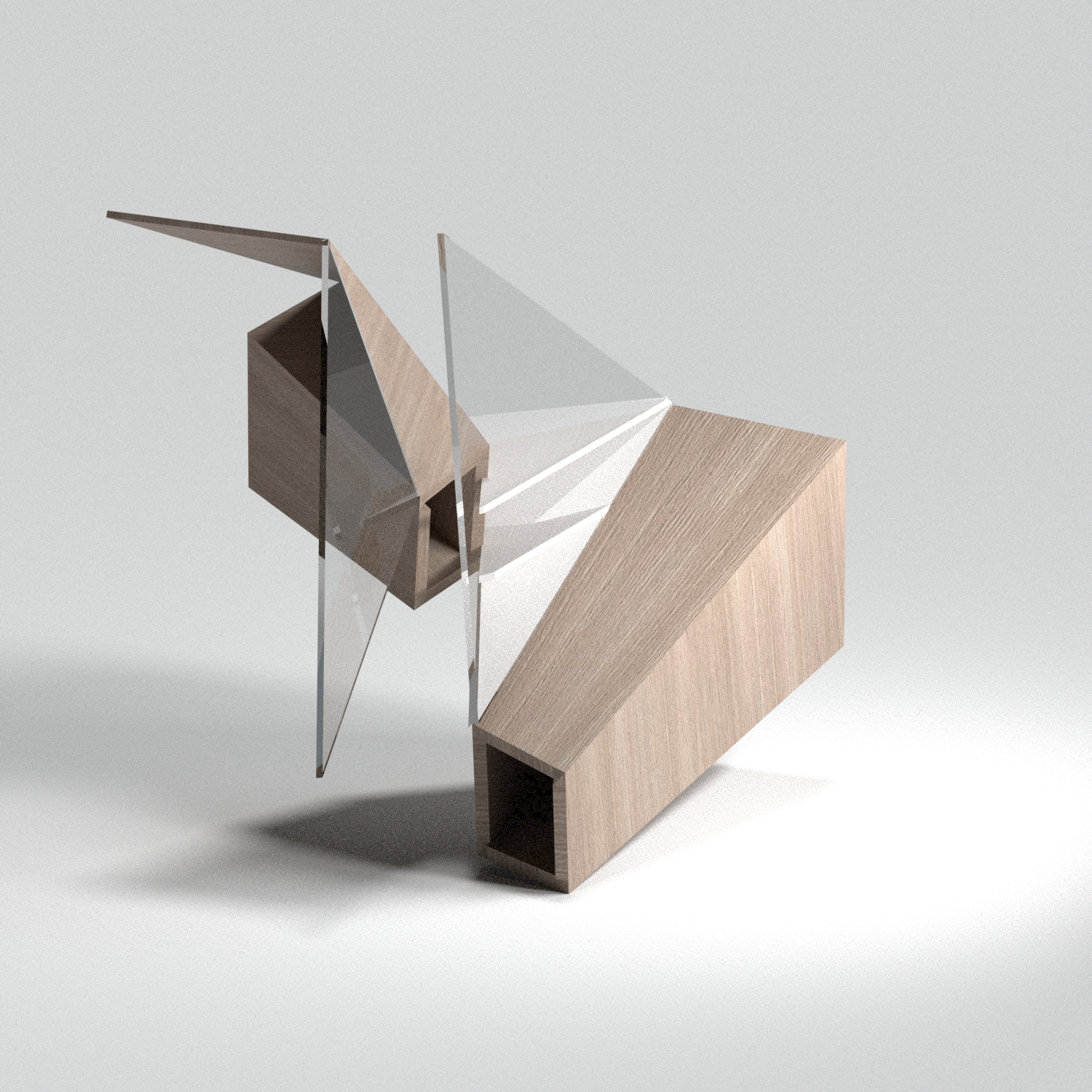 Final Design
The actual building is a series of nested zones from private to public with disruptions at the thresholds. Those disruptions end at the short elevation, where they protrude out of the wall. Some of the tubes act as circulation devices in addition to the two cores at the two opposite corners; load-bearing columns at the façade support the building and enable a column-free interior, with the tunnels acting as additional lateral support. 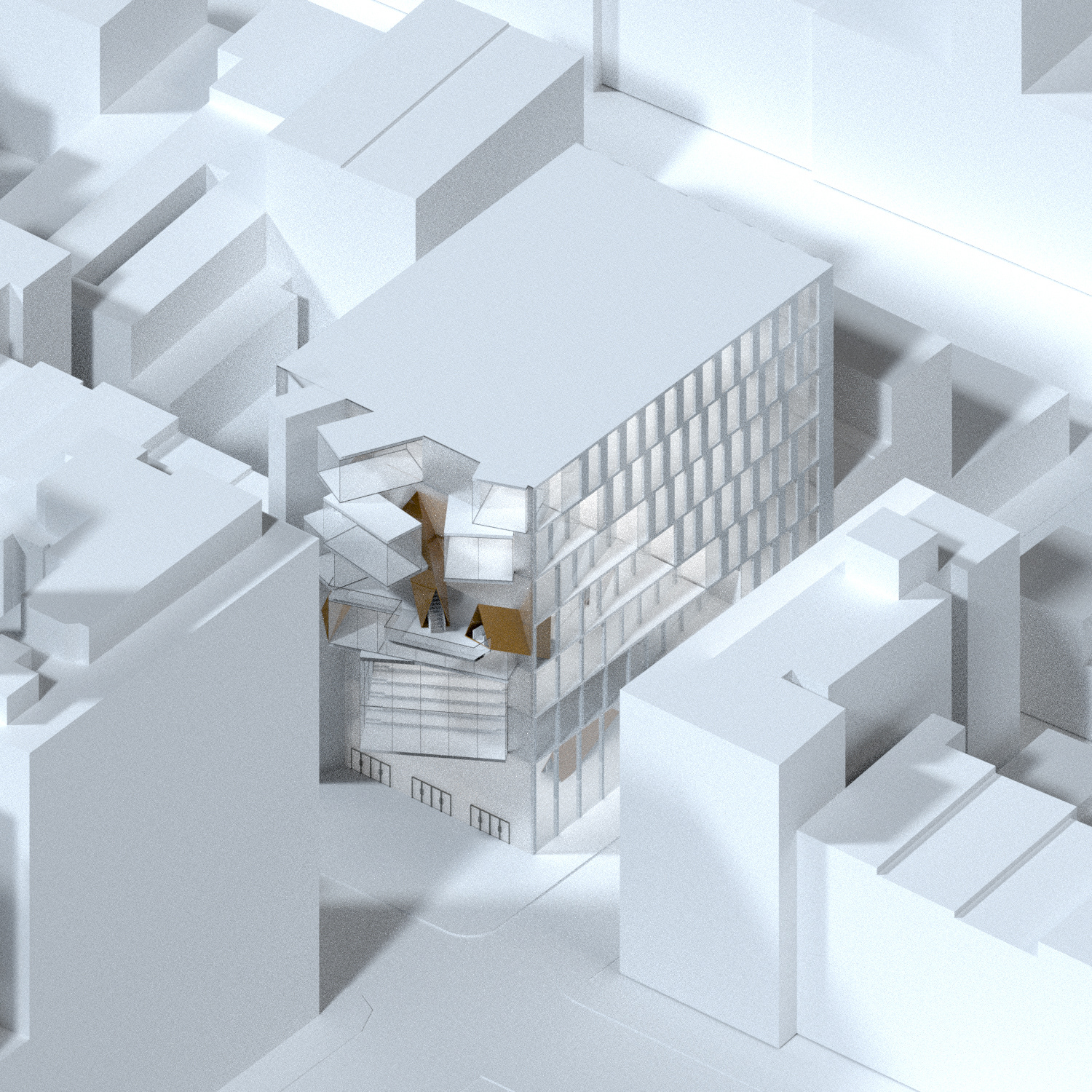 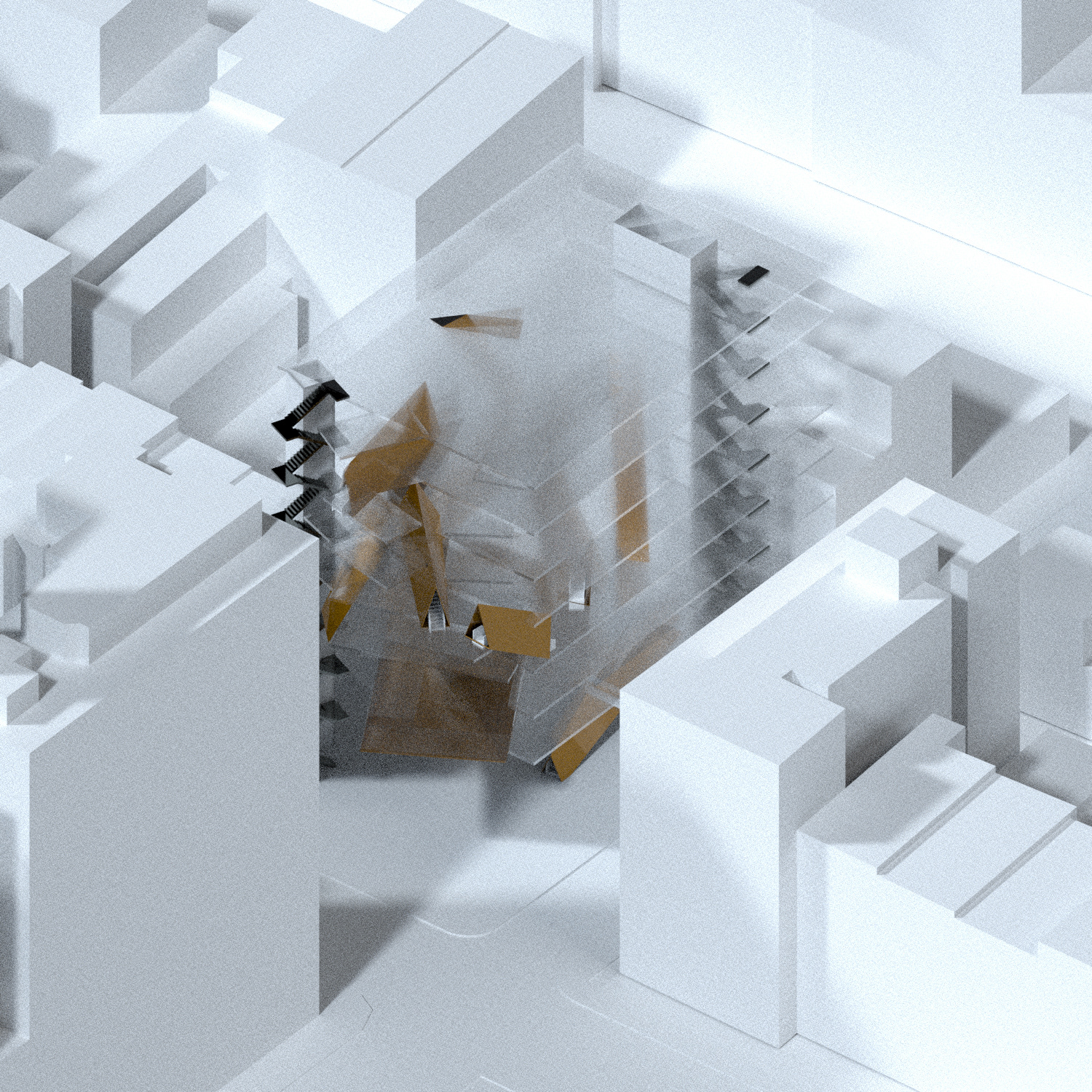 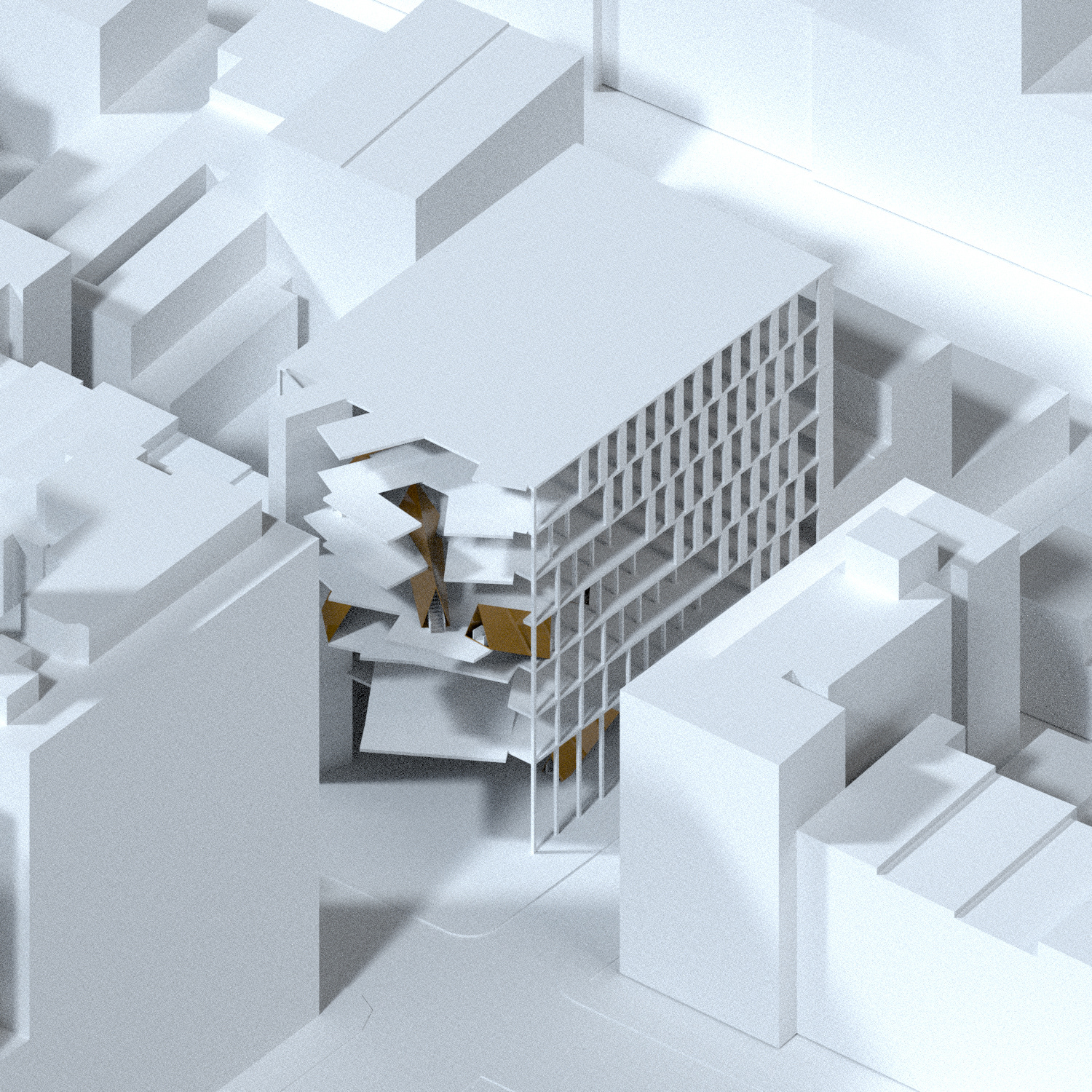 Plans
The first two floors are overwhelmingly public, with a private space compressed at the back. As the floor level rises, the private office zone starts to expand. Spaces between the private-public boundaries disruption these zones. For example, the office kitchen, as the most social space in the office, is situated at the boundary; similarly, at the bottom, spaces between the semi-public and the public, like the lecture hall, disrupts the façade and becomes objects out of the wall. The slanted recess at the right of the semi-public spaces echo the objectness at the front façade so that there is also the gradation from the complete box to discrete objects. On the top floors, the condition becomes so extreme that some spaces span two zones, corresponding to the fact that the office social space is actually the most public space on this floor. The Overall effect is the gradation from most private to completely public, nested and disrupted. 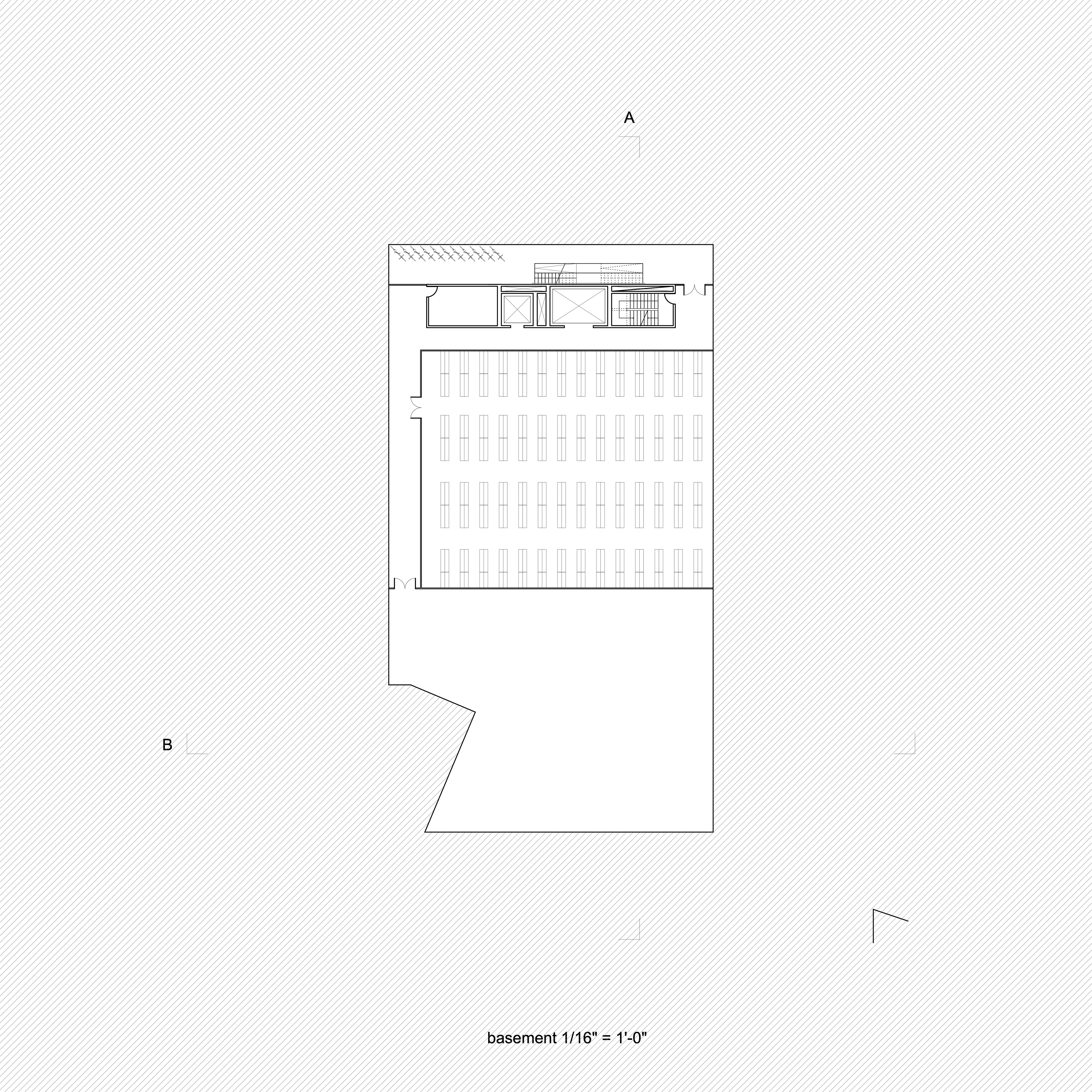 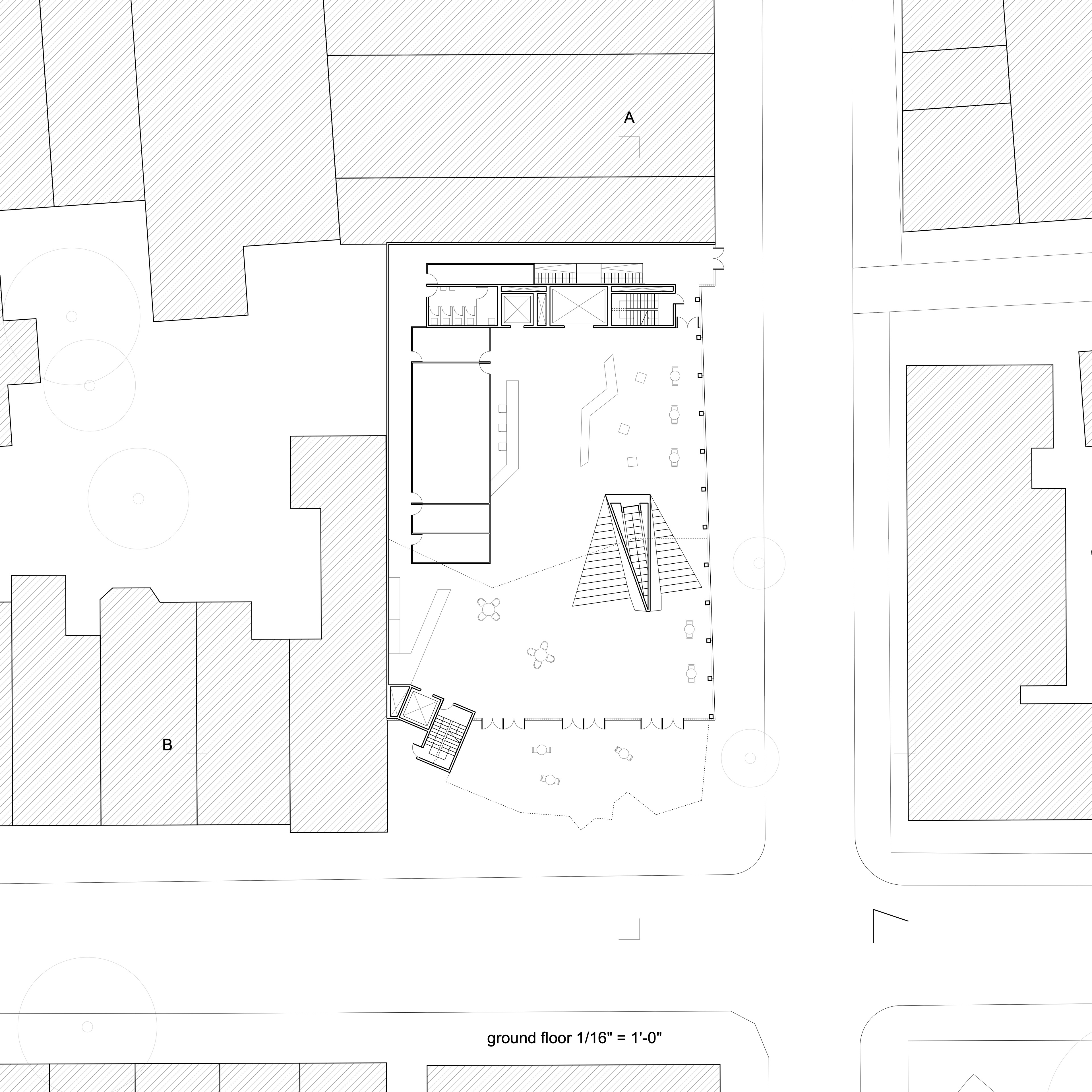 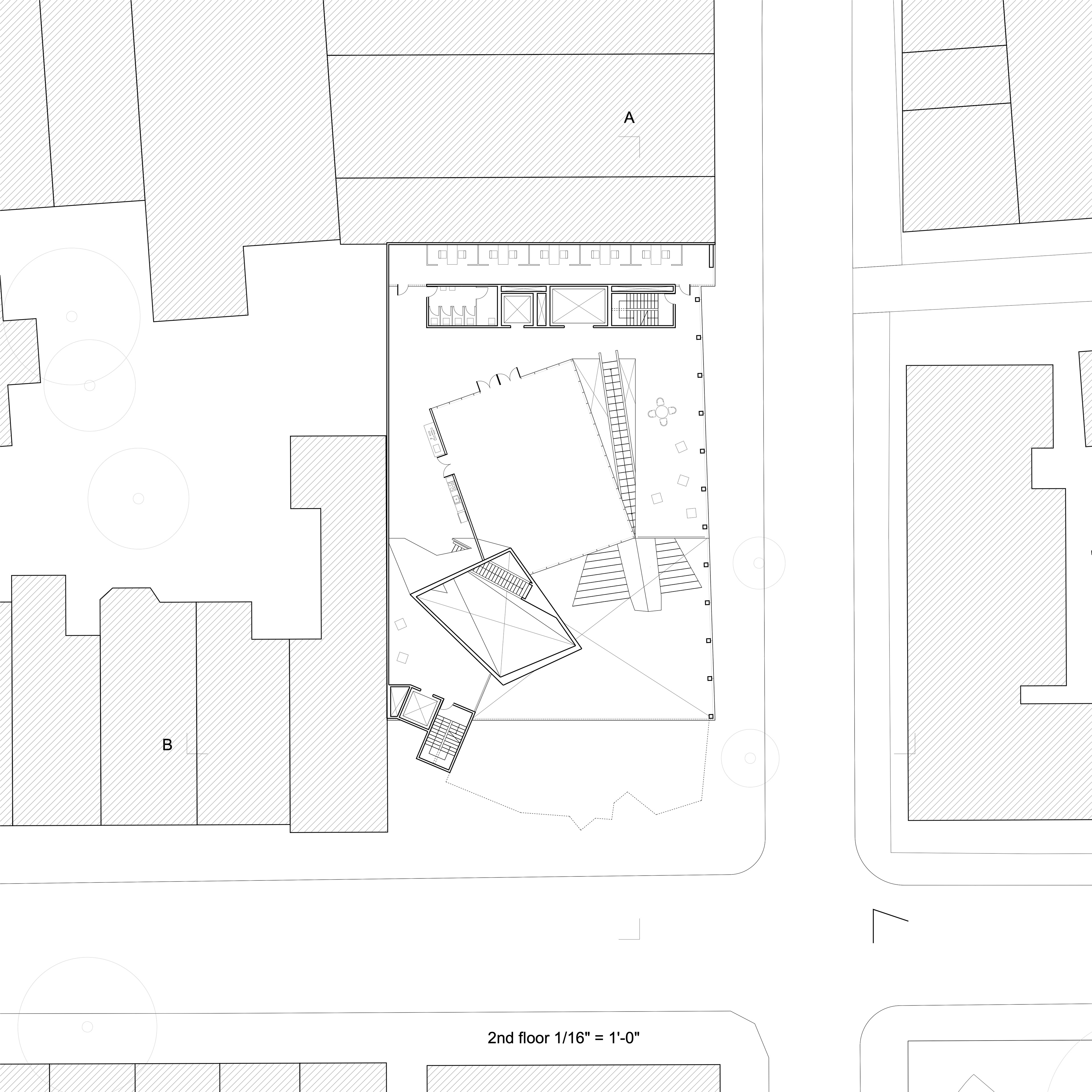 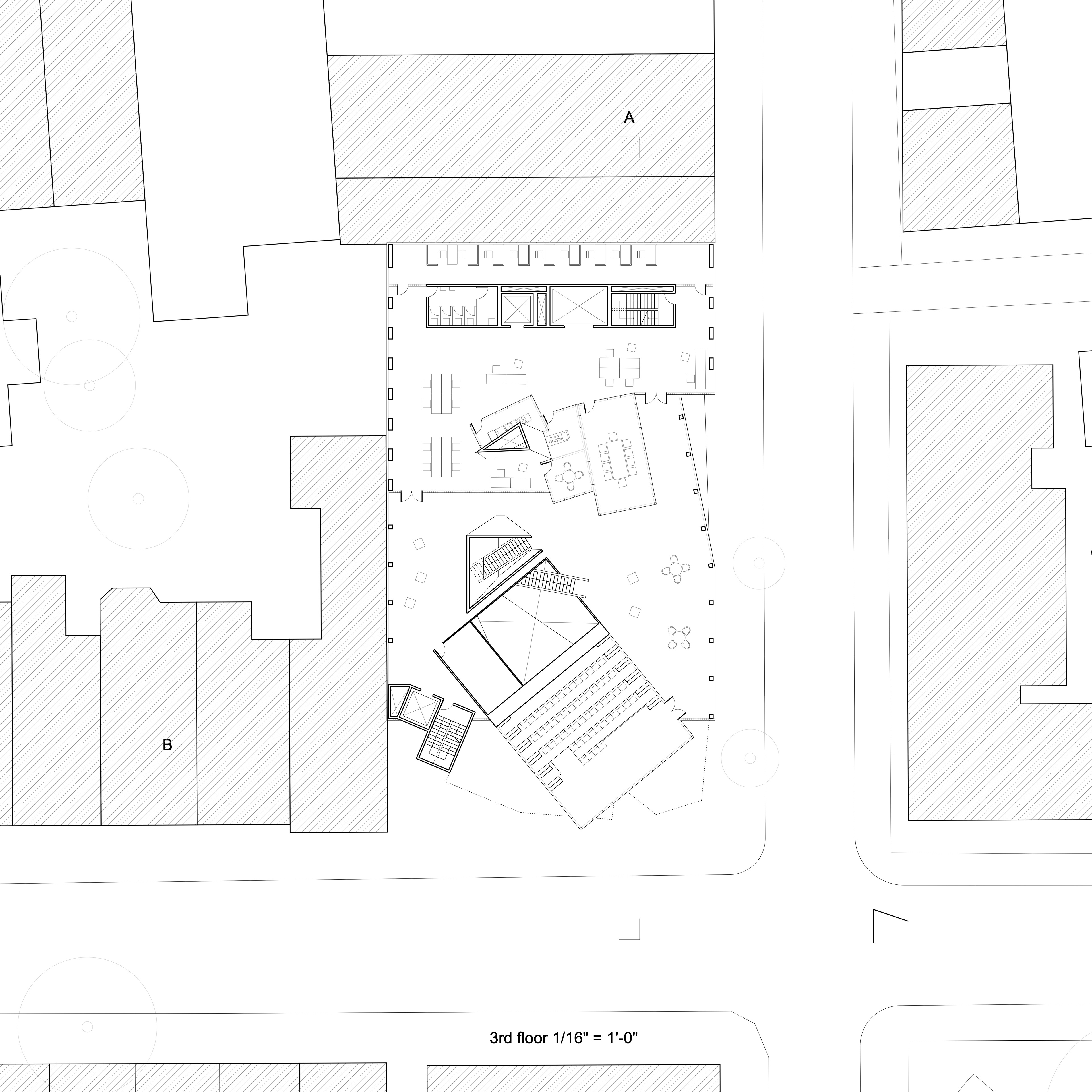 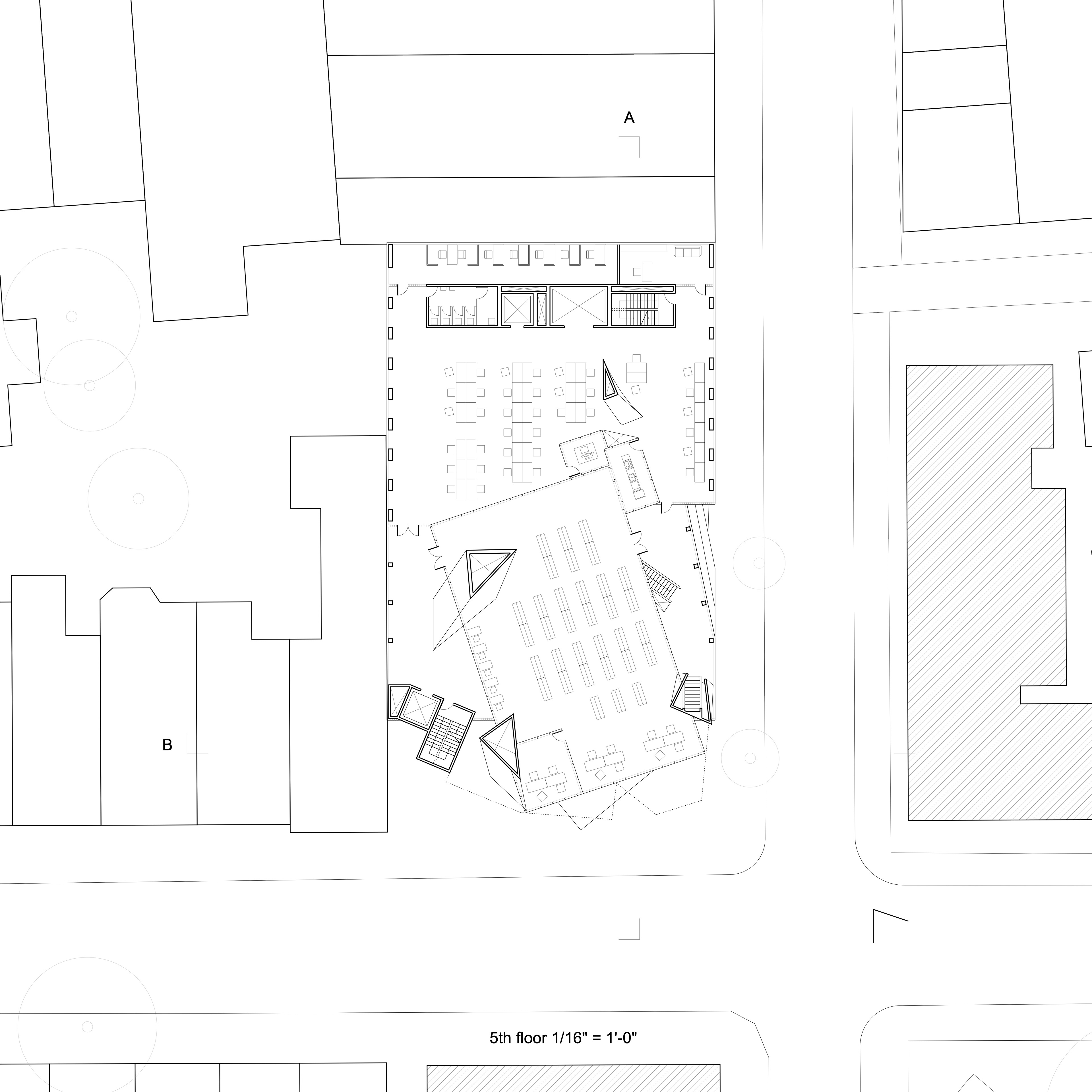 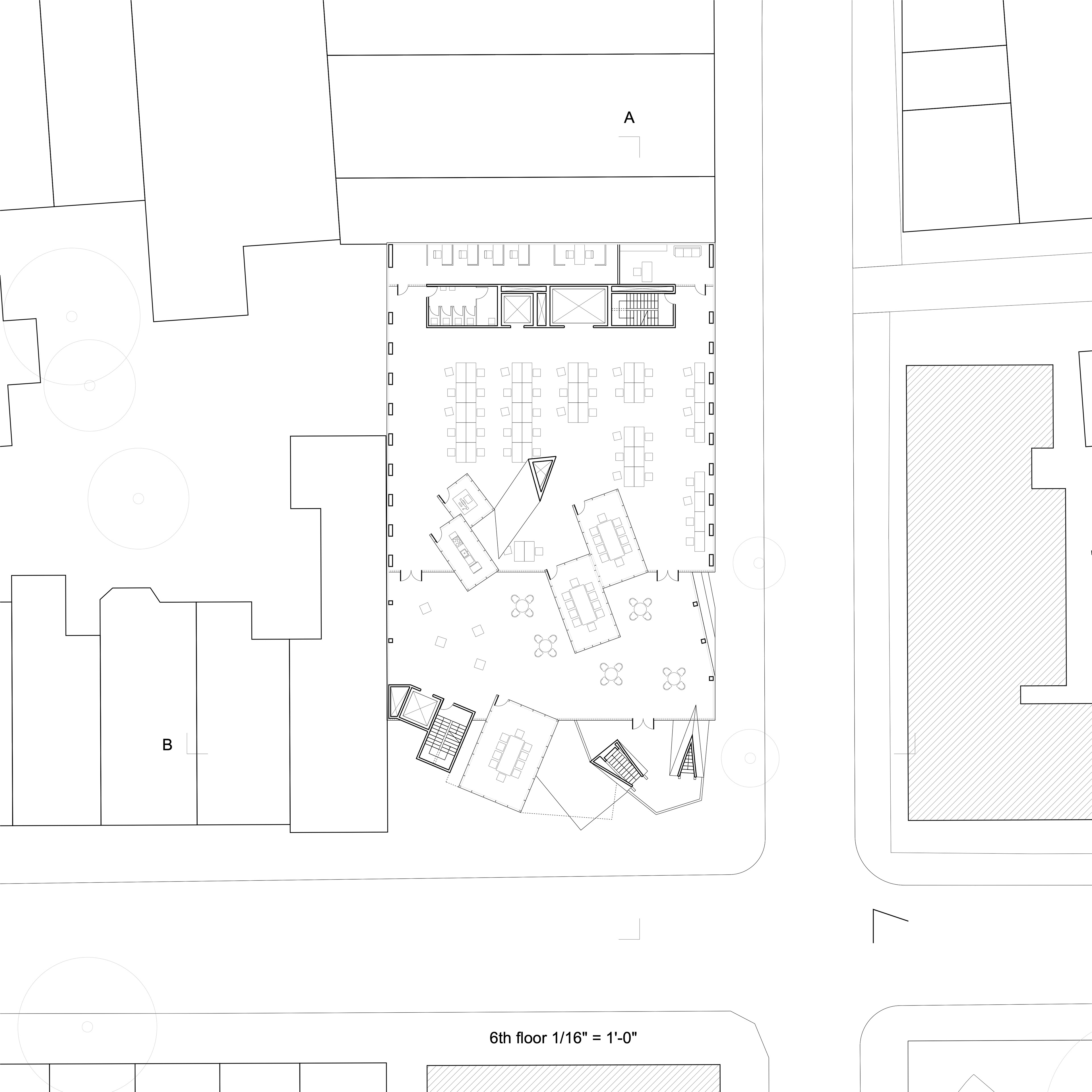 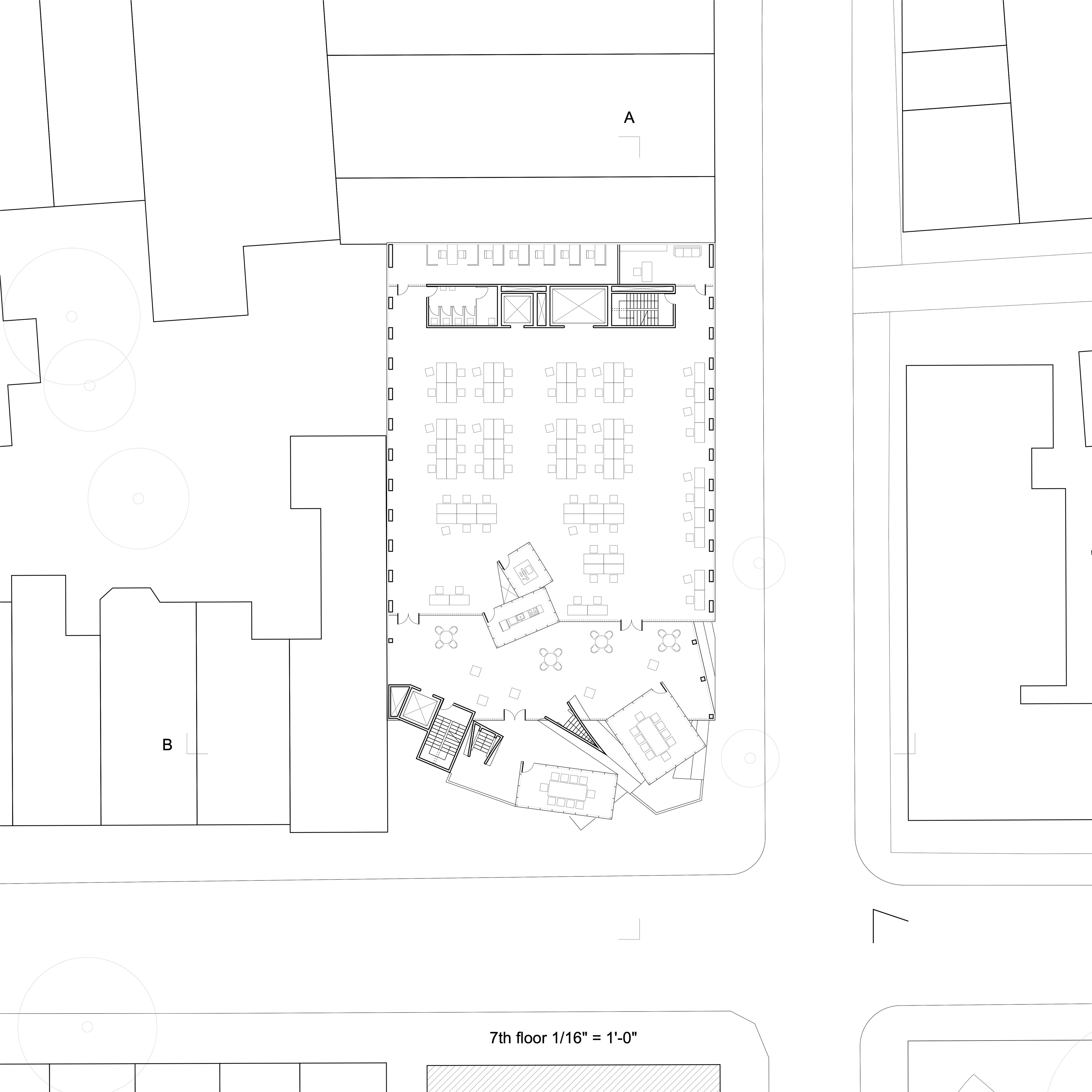 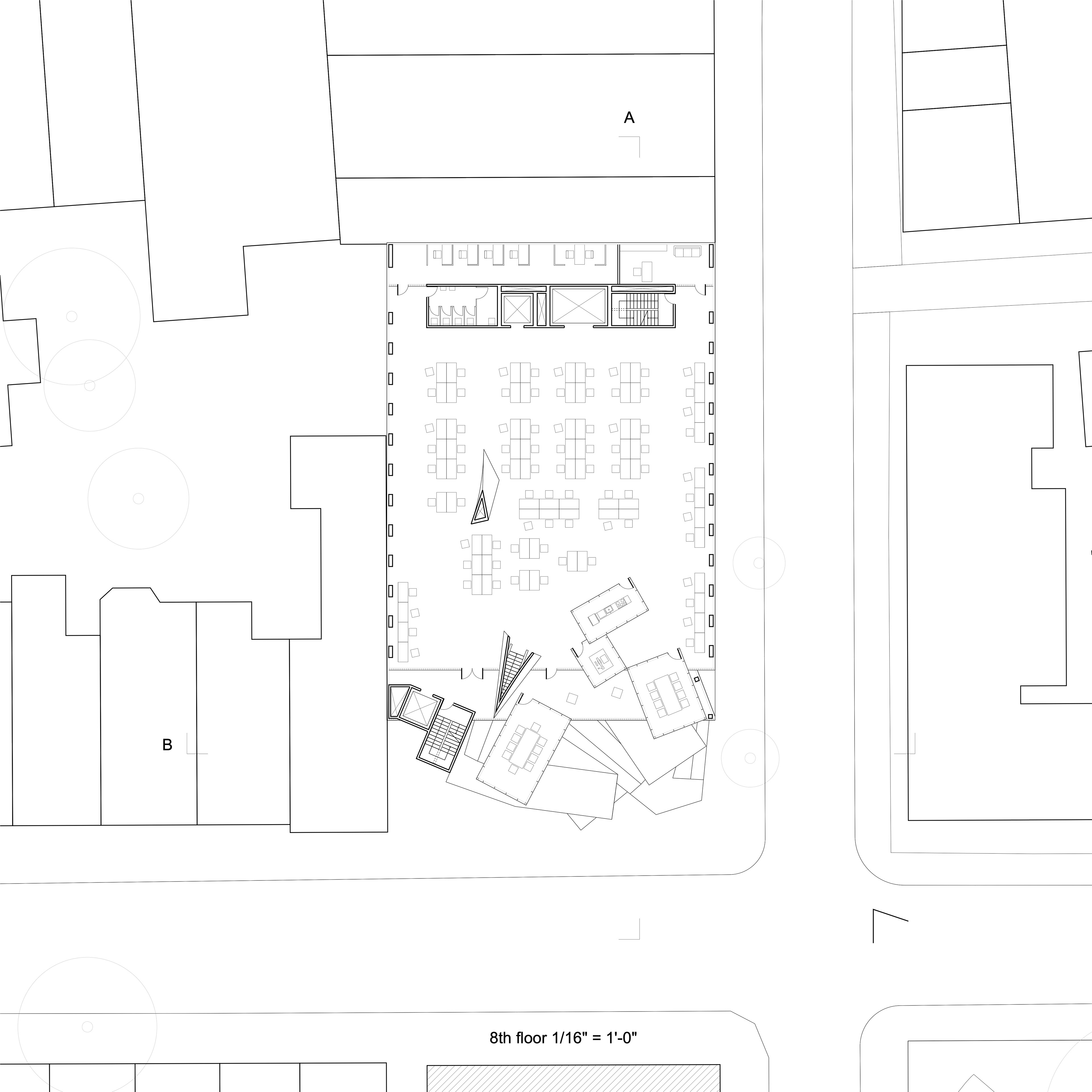 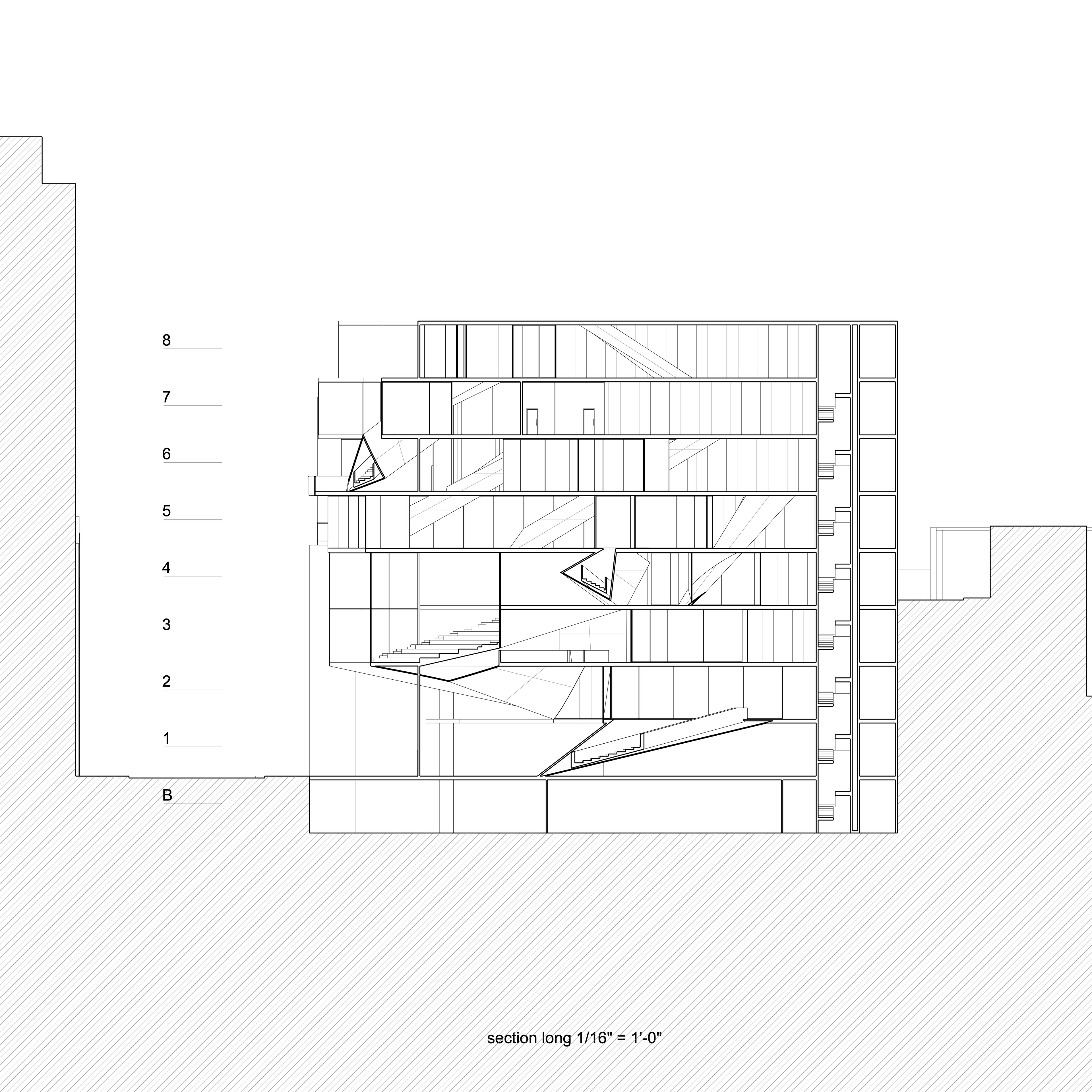 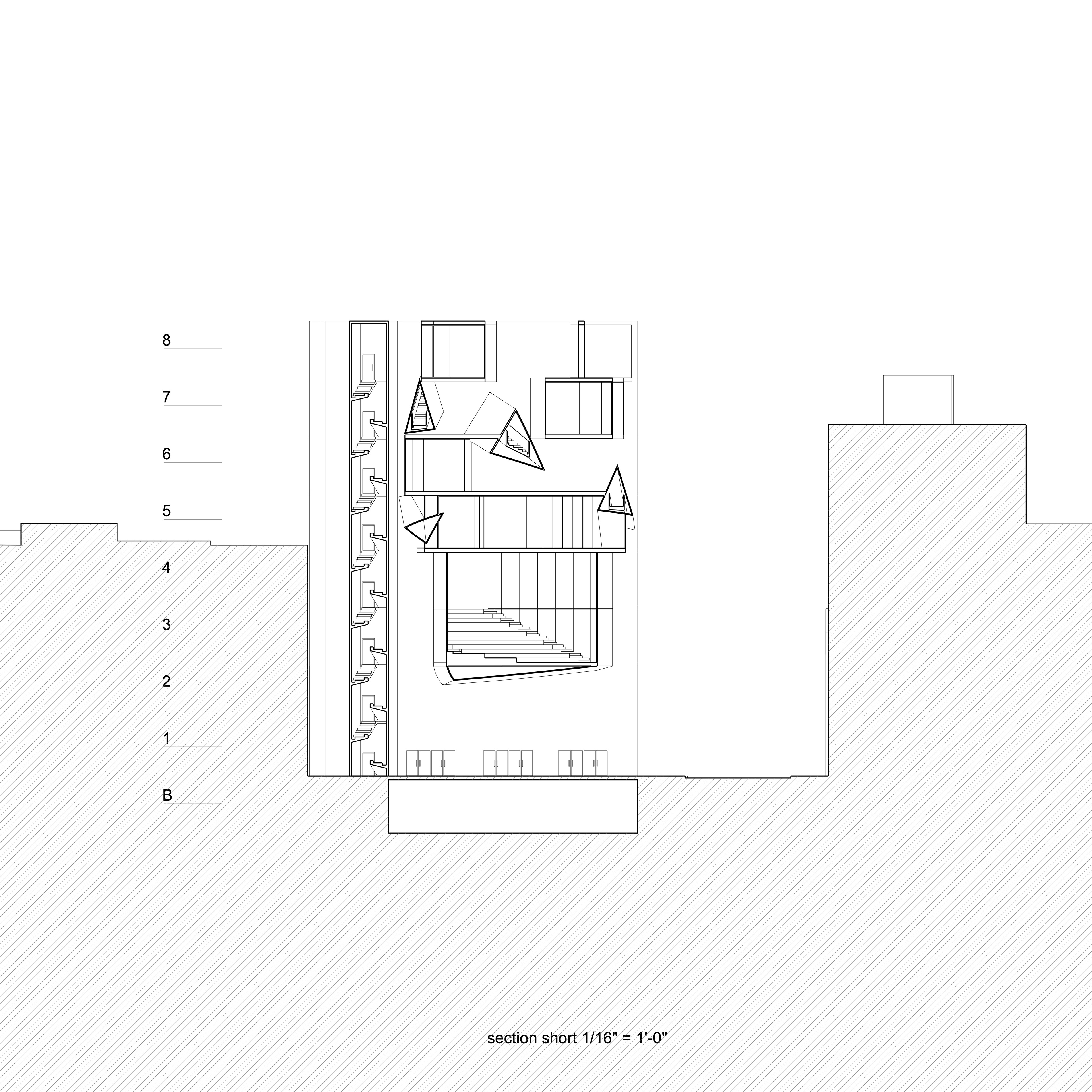 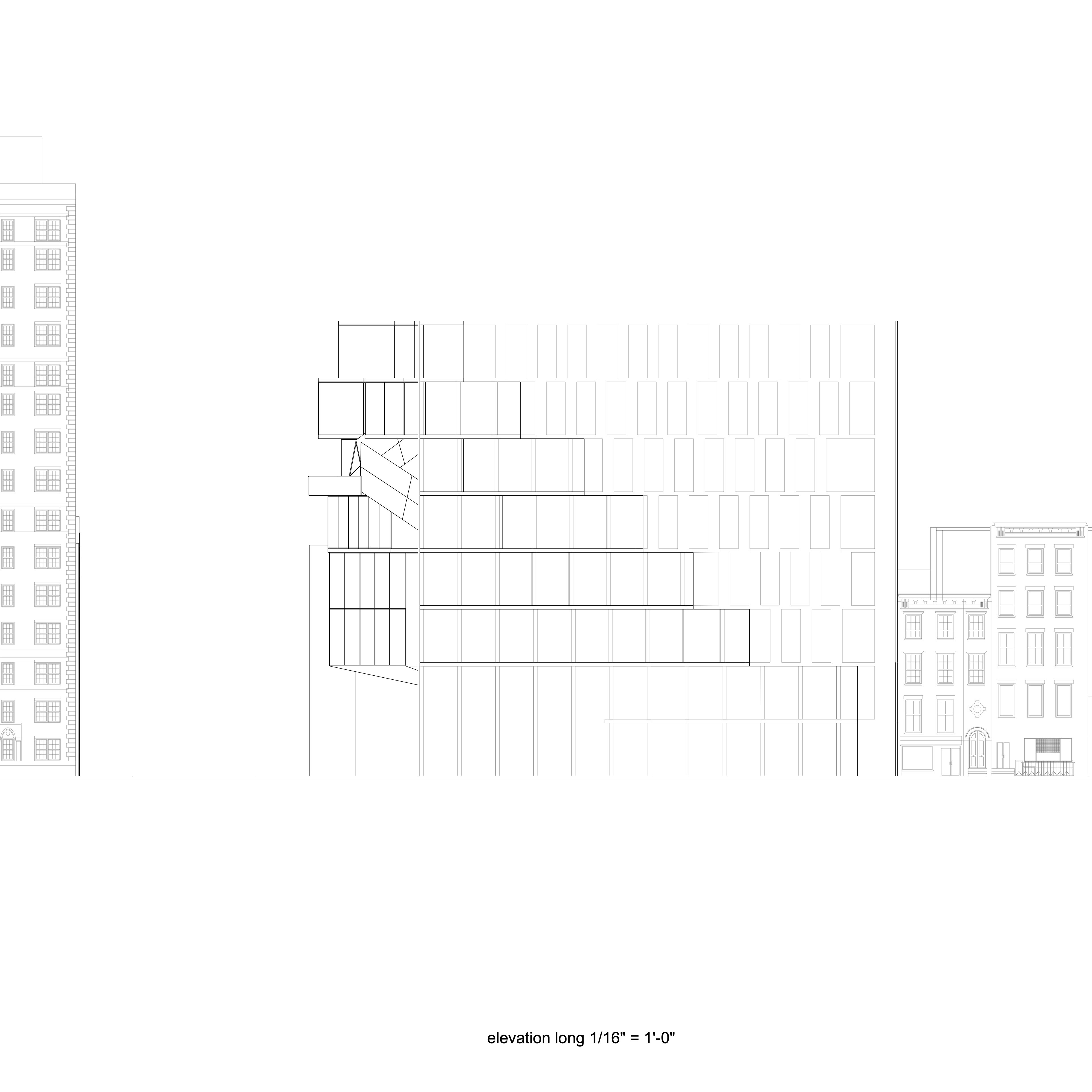 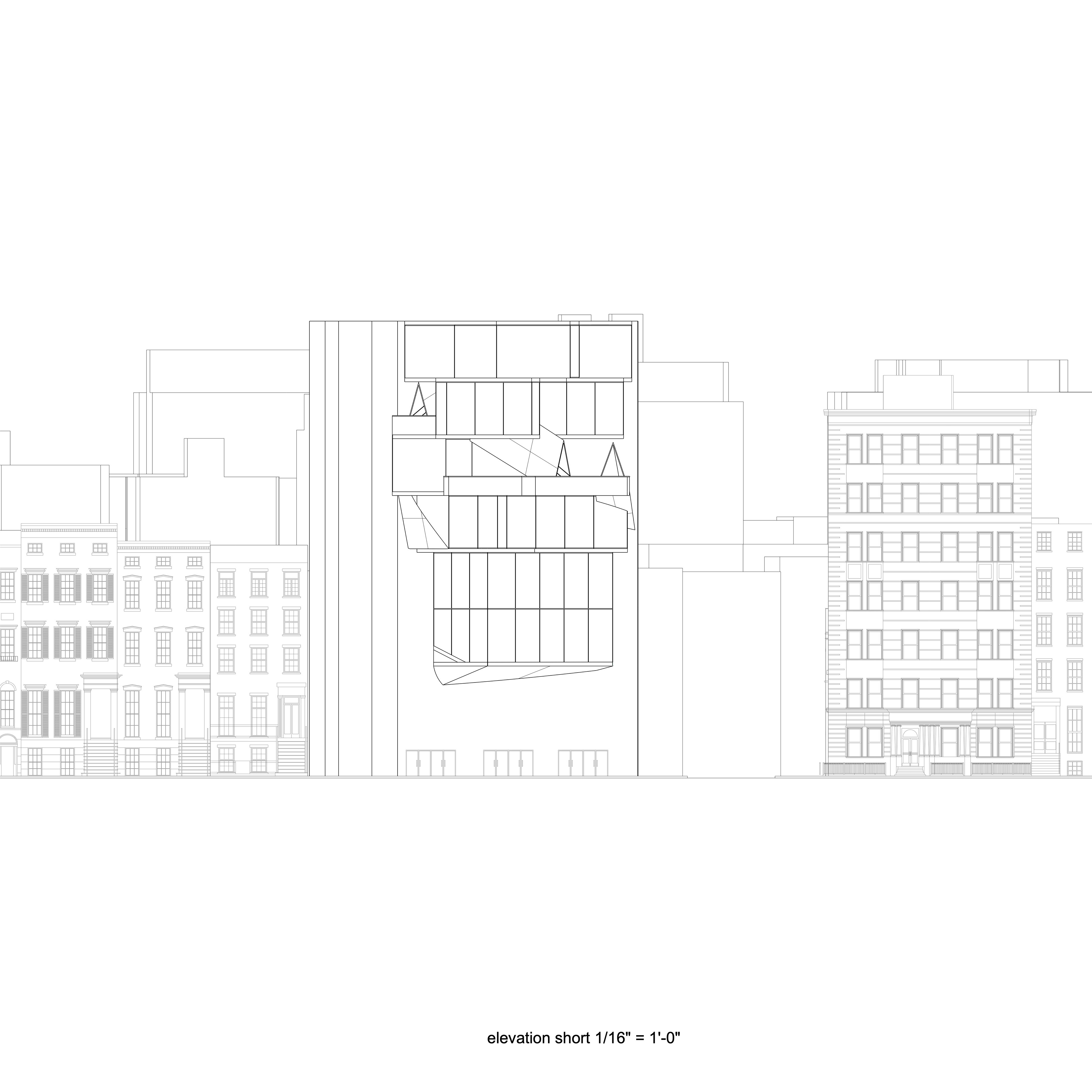 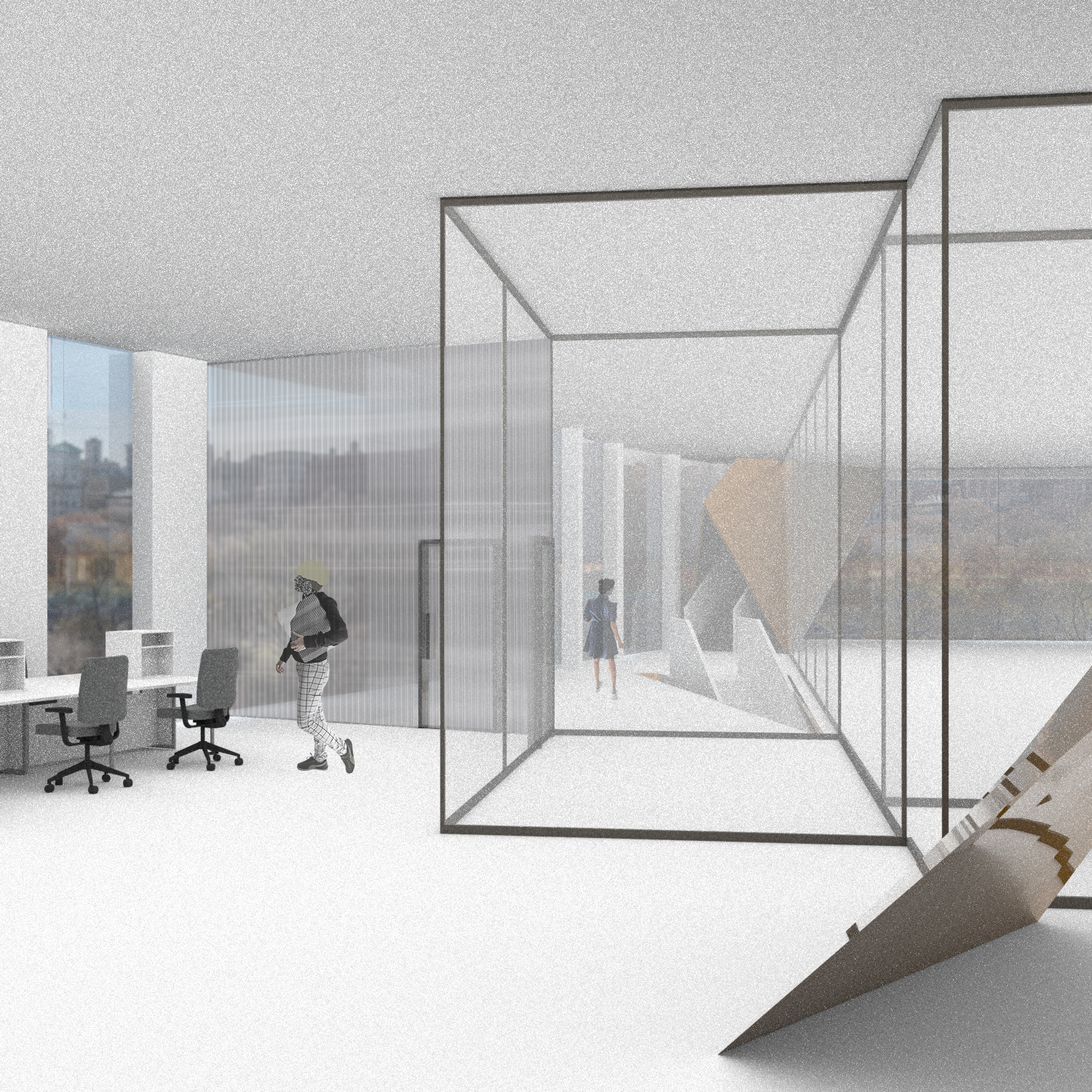 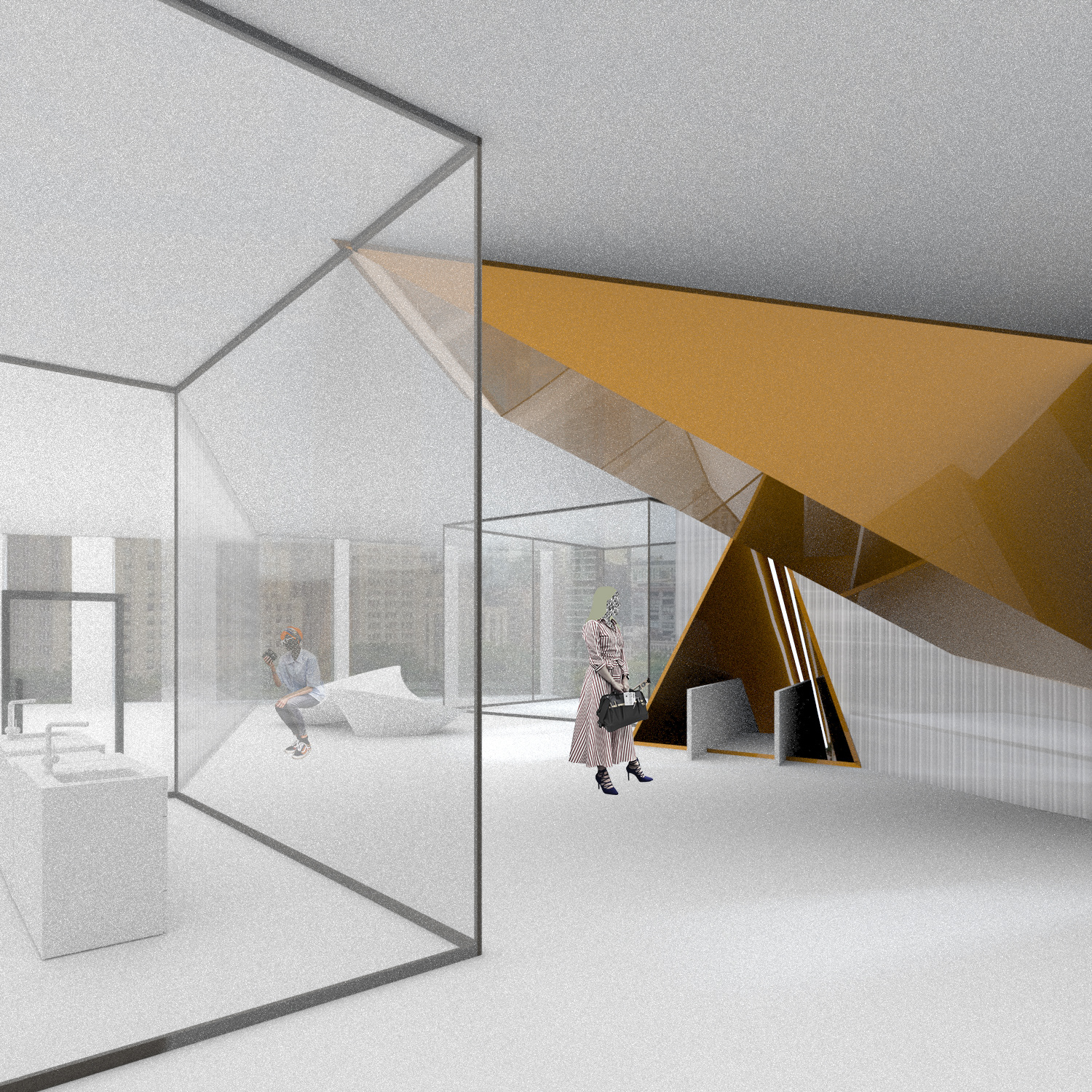 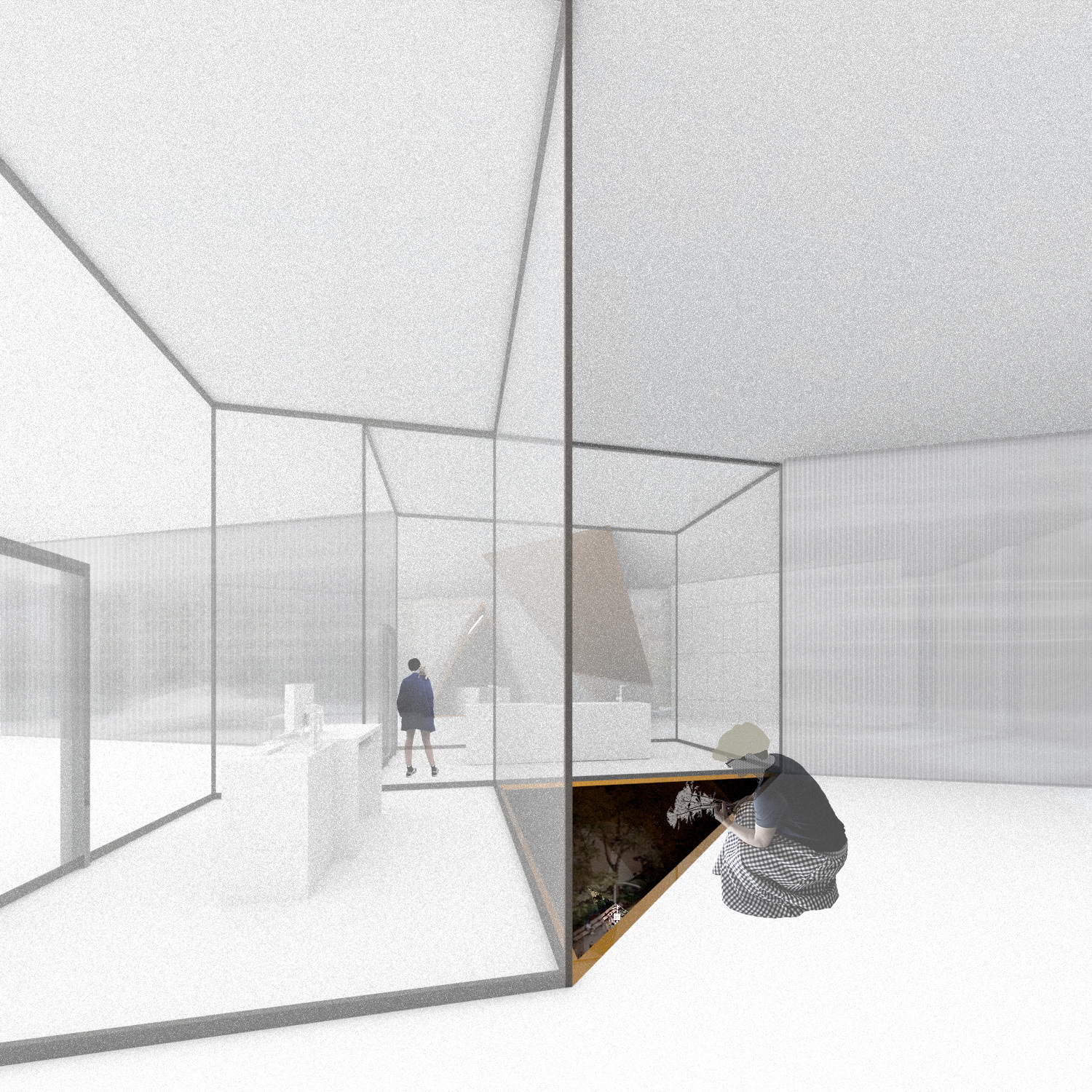 The close view of the exterior (bottom right image) shows how the objects is overflowing from the wall, which references back to the perspectives protruding out of the frame in the provocation collage. 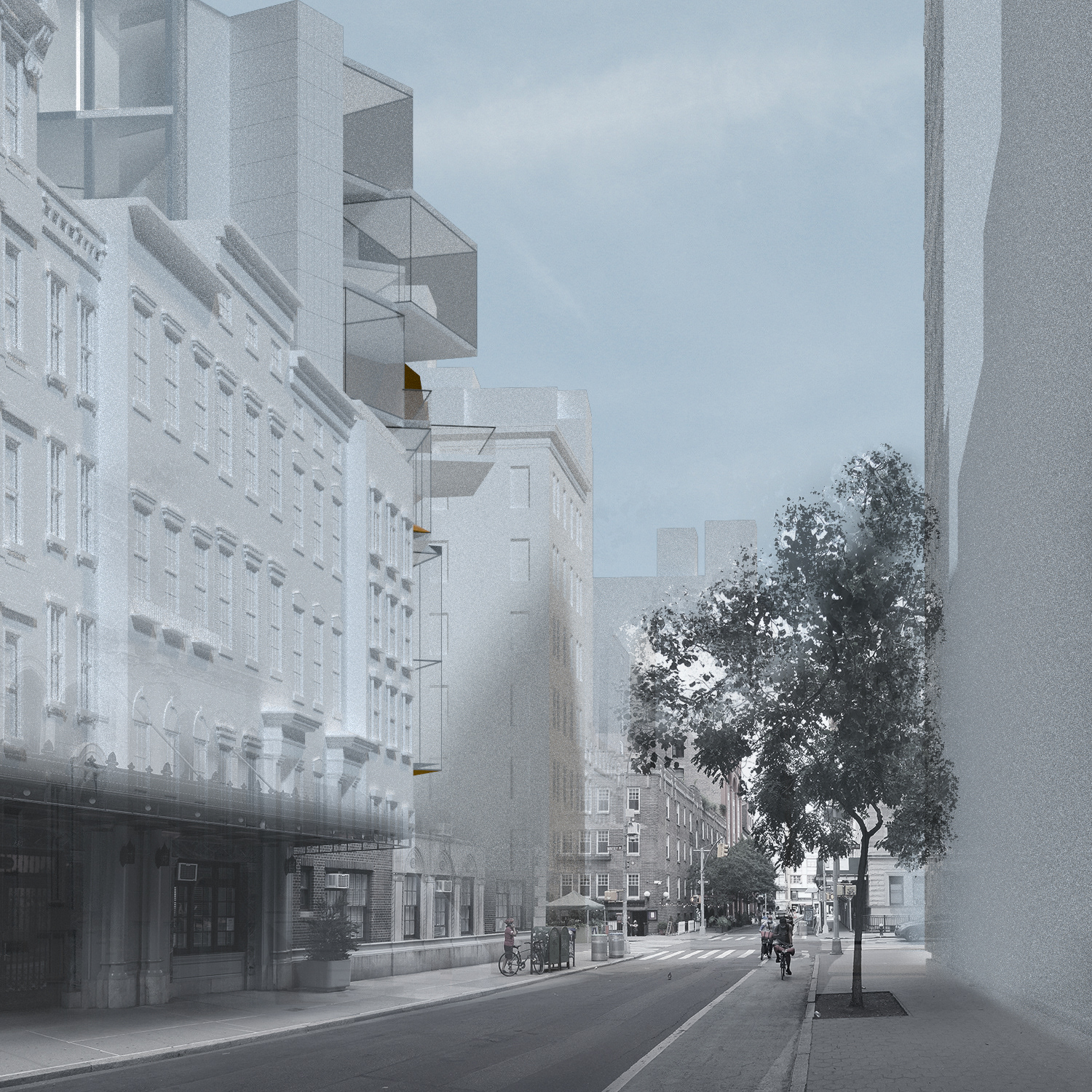 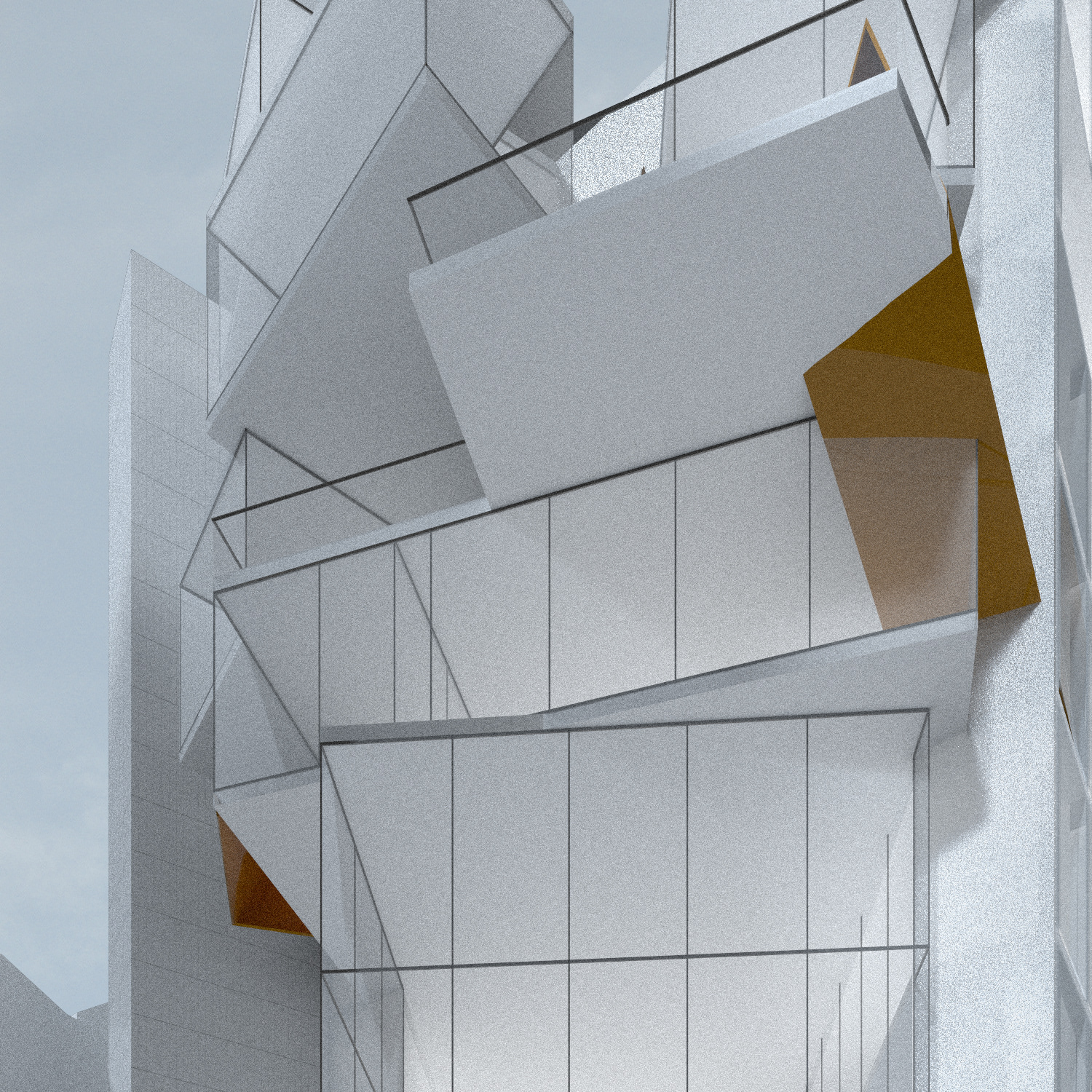